This project requires a momentary button. You will also need to solder headers to the GPIO pins. 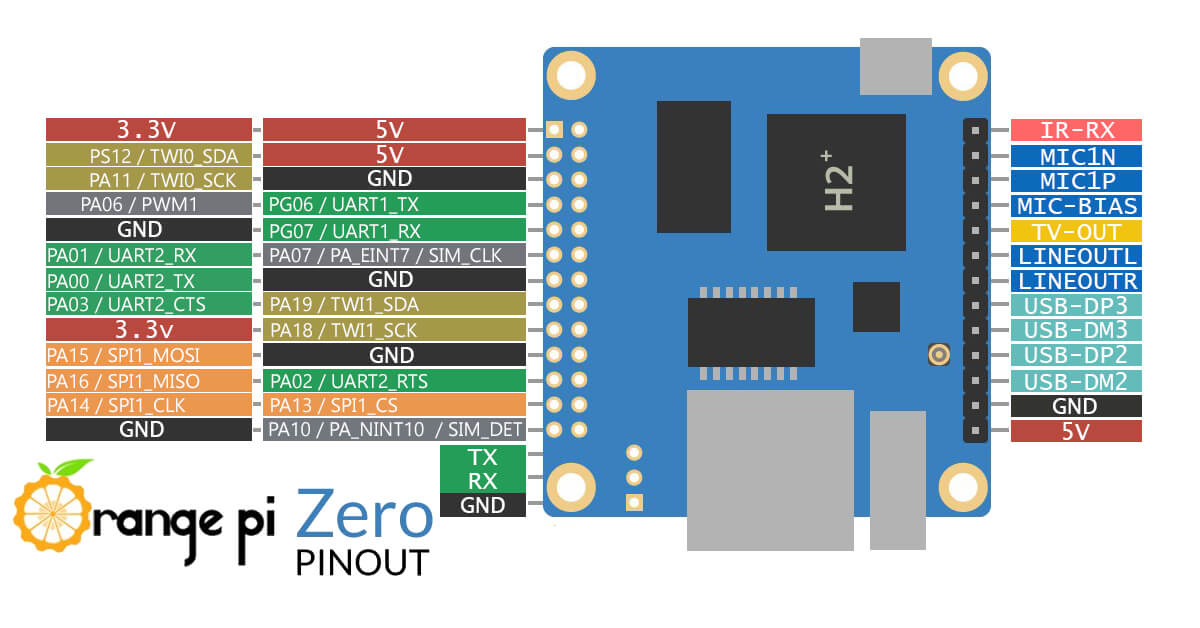 There are several OP0 GPIO libraries, but I use nvl1109’s orangepi_zero_gpio library. Clone and setup the library.

Happily, the OP0 has two onboard LEDs. The green LED is in-use, but we can use the red one for testing. Try running the library’s blink LED example script to verify it works.

Below is a shutdown script that utilizes GPIO pins 5 and 6, which are the third row from the top. If you look at the pinout, you’ll see 5 / 6 map to PA 11 / GND. You can test this script by commenting out the subprocess line. When the button is pressed, the LED will blink.

After we have a working script we need to make sure it runs automatically on startup. We can do this by editing /etc/rc.local to include the following before the exit line:

I chose this SBC taking for granted I would be able to implement safe shutdown and power buttons so the user would not have to unplug/replug the board. I have since learned these boards don’t have power management. As far as I can tell there is not a mechanism by which we could put the board to sleep and wake it. The schematic reveals a reset option like the one I posted about here.

For reference, however, in Armbian we can put the system to sleep with the following. We just can’t wake it up again.