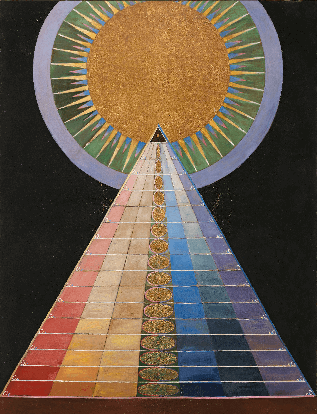 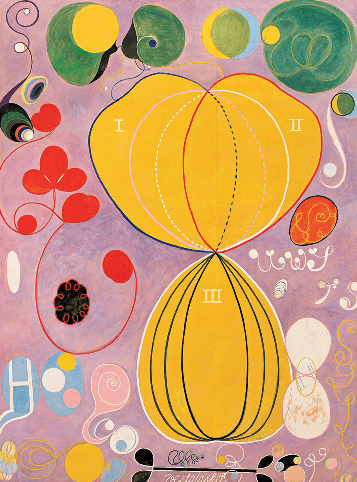 This year Marlin surprised me with three art books, including Hilma af Klint: Paintings for the Future. I was thrilled to have it.

I discovered her several years ago when I became interested in exploring abstract art. I think I read the New York Times review of the Guggenheim, which is currently behind a paywall, but Manhattan Arts has an article.

af Klint was a revolutionary abstract painter predating Kandinsky who was discovered in the mid-80’s. She believed no one would understand her art, so she hid away 1000’s of works and bequeathed them to her nephew with instructions they not be shown until 20 years after her death. The artist was classically trained, but after a visit from a spirit during a séance she stated she was tasked with the “great commission,” illustrating the spirit world. She produced amazing art and originally envisioned filling a temple, though that obviously didn’t come to pass in her lifetime.

Joanne Mattera’s series Mothers of Invention covers both Hilma af Klint and another artist who has greatly influenced me, Carmen Herrera.