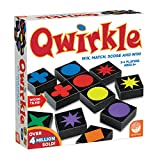 Ran an errand on my lunch break and decided to stop by the thrift stores. The good one recently reorganized, so all the electronics are up front and the games are in the very back. I found a copy of Qwirkle for $2. I’d already thrifted the travel version for $1 a while ago, but it was missing a few tiles and this one has much bigger pieces. 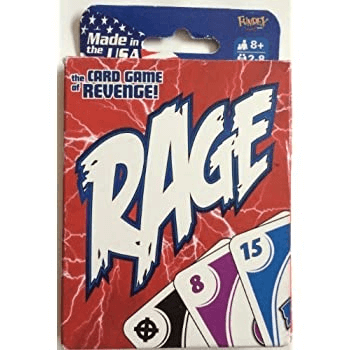 They also had several shrink-wrapped Rage decks for $1. I became interested in Rage when I was researching extended decks. Rage is a 6-suit deck numbered zero to 15 with a handful of wilds. There are a lot of games that can be mapped to it (see PieMan’s Games Playable with Rage Deck Geeklist) so it’s a useful deck to have around if you’re that kind of game nerd or if you prototype. I can’t remember what games I wanted to test (probably Battle Line/Schotten Totten, Arboretum, and Lost Cities, the latter of which I have since purchased). Looking through the list, I might also like to test Fox in the Forest and Songbirds. 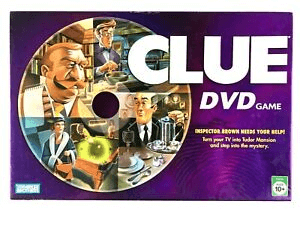 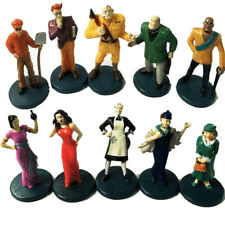 Last, I picked up a copy of the Clue DVD game for $2. I’d previously thrifted a copy of Clue that has 6 miniatures. This version of Clue comes with 10 minis. These are decent painted minis and well worth 20c each, I am probably gonna use them for Arkham Horror.

I stopped by the not-so-great Goodwill also, since it’s right there. They reorganized as well and moved all their games out of the toy section and up front. Nothing of interest although the selection was a bit less beat up than usual.