im sad today, but instead of getting into all that I’ll just talk about my therapy thrift trip. And that’s what it was. I was sad, so I went “shopping” in my fashion, and now I feel better. It probably helped I got an unusually good haul.

I saw even more of those fake mobile VR headsets today, as well as a special Batman VR headset with Batarang accessory and a weird AR Blaster gun controller. I can only assume these products are relatively new, were gotten for Christmas, and don’t work very well which is why I am suddenly seeing so many of them. 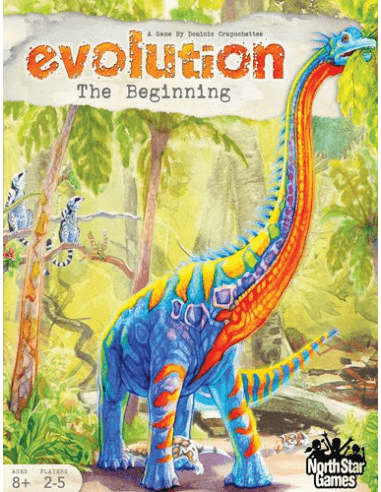 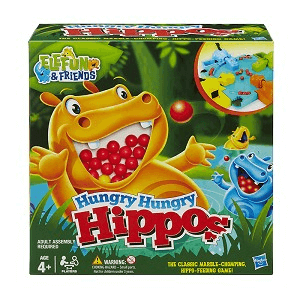 I picked up a like new copy of Evolution: The Beginning for $2, which is the nicest game I’ve thrifted in a while. I also got a copy of Hasbro’s Elefun & Friends Hungry Hungry Hippos for $2. When I was a kid I wanted Hungry Hippos badly but was vetoed because it was “too loud.” I’ve been on the lookout ever since I got into game thrifting, but thrift copies are usually missing all the marbles and sometimes even a few of the hippos. This copy had all hippos accounted for and 16 marbles, just enough for 3 players! Marlin was excited by this acquisition as he played the game a lot when he was a kid. The modern game comes with 1 yellow marble. I couldn’t find any explanation on this in online rulebooks or elsewhere, and neither has anyone else, so it’s anyone’s guess as to what the yellow marble means but the easiest explanation is there is a advanced variant where the player who gobbles the yellow marble wins.

I found a neat surprise! I was looking for Micro Machines, specifically boats, when I came across a $2 bag of 4 Mario Kart pullback racers with a couple extra Micro Machines thrown in. I will surprise Minnow with these.

I also stopped by a nearby religious thrift store. I don’t usually go there because their game and toy section isn’t that great. This time I found a heavy duty Creative Memories Square Maker 2-square punch for $2, which is too large for counters but could be useful for tiles. And to confirm I do indeed have a dice problem, I saw they had several large bags of dice, including a bag of maybe 30 square-tipped white D6’s for $3. I restricted myself to an assortment of red D6s of different sizes for a $1.50. Look, you never know when you’re gonna need a red die. Some of these will be going into my copy of The Coin Tribes Revolt.

The not-so-good Goodwill has decided to toss all their games into a big pile in the back of the store again. No finds there, although there were a few games that could have been upcycled to PNP.