It’s been a while. I went through a gaming phase, and then a novel writing phase, which I’m still in, so I haven’t devoted any time to the site. My gaming phase involved going through a bunch of itch.io bundle games and revisiting other games I hadn’t finished in my libraries, and setting up an account on Backloggery to recall every game I’ve ever played (over 500).

Minnow has been scared of fireworks ever since they were traumatized by fireworks at age 2 or 3. This year I went to the fireworks store and got a box of each novelty they had. Sparklers, poppers, spinners, flowers, some whips… At first Minnow was not thrilled with the situation, the sparklers and poppers completely freaked them out, but they warmed up to it and by the end they definitely enjoyed it. We never did convince them to hold a sparkler, but they were no longer running to hide whenever we threw something onto the driveway. For my part, as someone who has never actually lit any sort of firework before, I liked the ones that spin around on the ground and the flowers. The poppers were much louder than I expected and the sparklers were way too smoky. A lot of the poppers were also duds, which was kind of disappointing.

When I’m in a writing phase I write a lot. Normally an hour or more in the morning, if I can manage it, and then throughout the day when I have pockets of time and usually after Minnow goes to bed. I don’t know if this is what inspired them, but Minnow also began working on a story, Chapter 1 Volcano, which ends with the death of the antagonist, the titular volcano. I wrote my first book when I was a year older than them (the summer after first grade) and it was a basic counting book and not nearly as sophisticated. I’m very impressed with Chapter 1 Volcano. 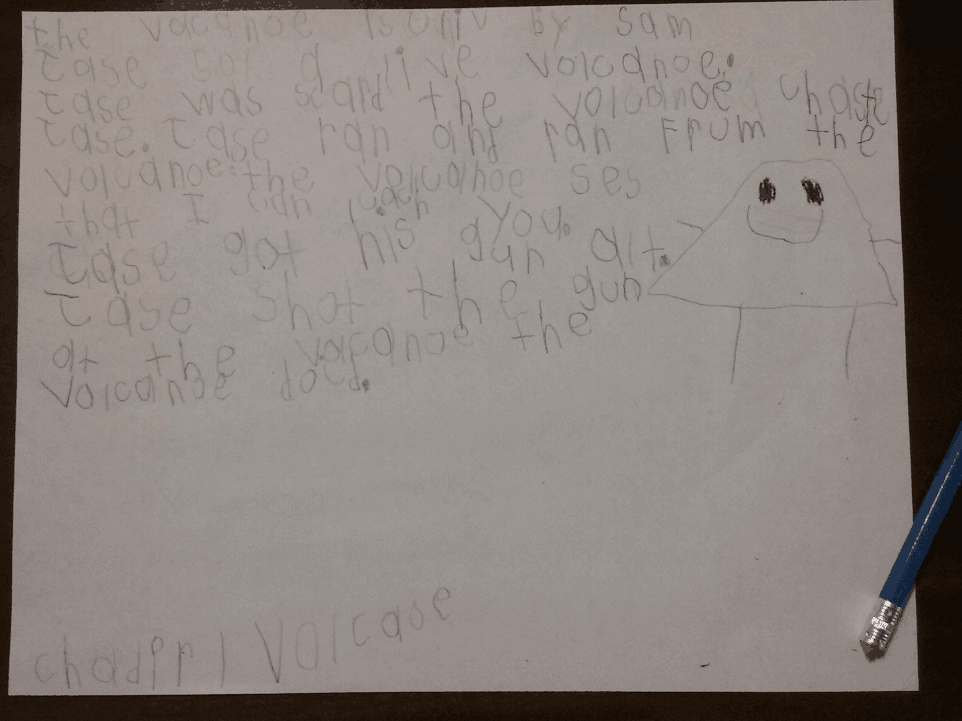