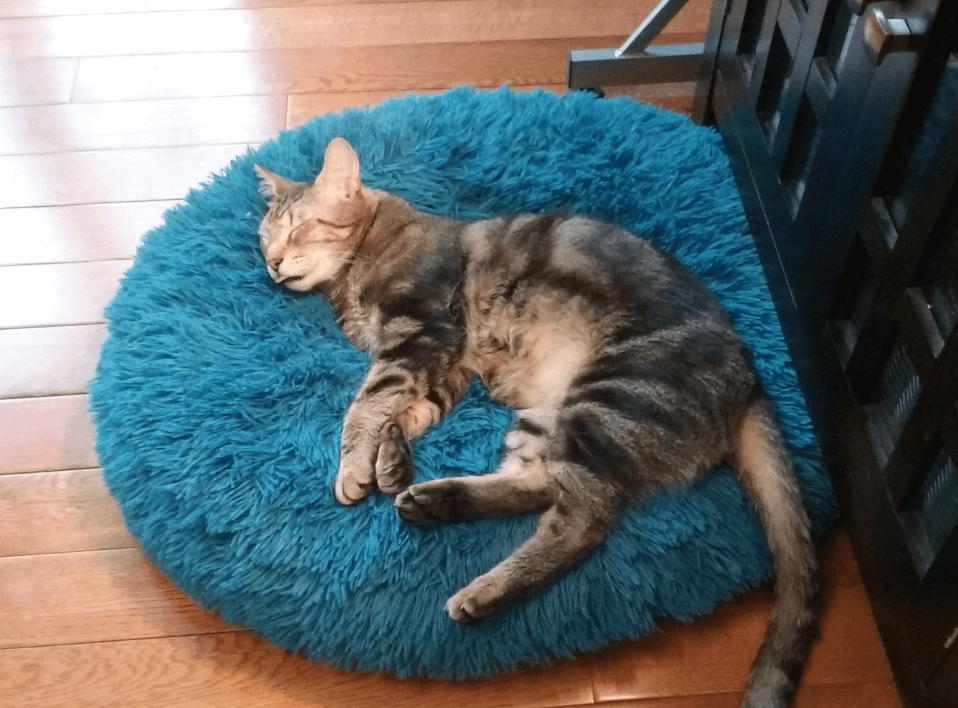 This is the savage beast, the horrible monster, that lives in our house now. I handle or supervise the majority of his care (litter box changing, feeding, brushing, decoating, exercise, treats) so I am his favorite and he follows me around everywhere and meows constantly. I think I have finally taught him to nap on a pillow by my desk rather than constantly try to scramble up into my lap and have seen a reduction in meowing as a result, so there’s that.

I try to exercise him once or twice a day, usually with a feather toy like Da Bird, and I have inadvertently turned him into a killing machine. I’ve always been opposed to allowing domestic felines to run free outside, because they are homicidal maniacs, but I could never in good conscience ever release this animal outdoors. Over howevermany months we’ve had him, daily exercise sessions have allowed his jump and speed to increase, and he is stone-cold brutal when he snatches Da Bird out of the air now. I actually have to change up the routine regularly because he keeps figuring out the optimal way to murder Da Bird, and then doing that, and I’m trying to make the feather attachments last more than a week.

So, upside/downside to exercising the cat: he’s healthy, but he’s now even more capable of mass murder than he was before.